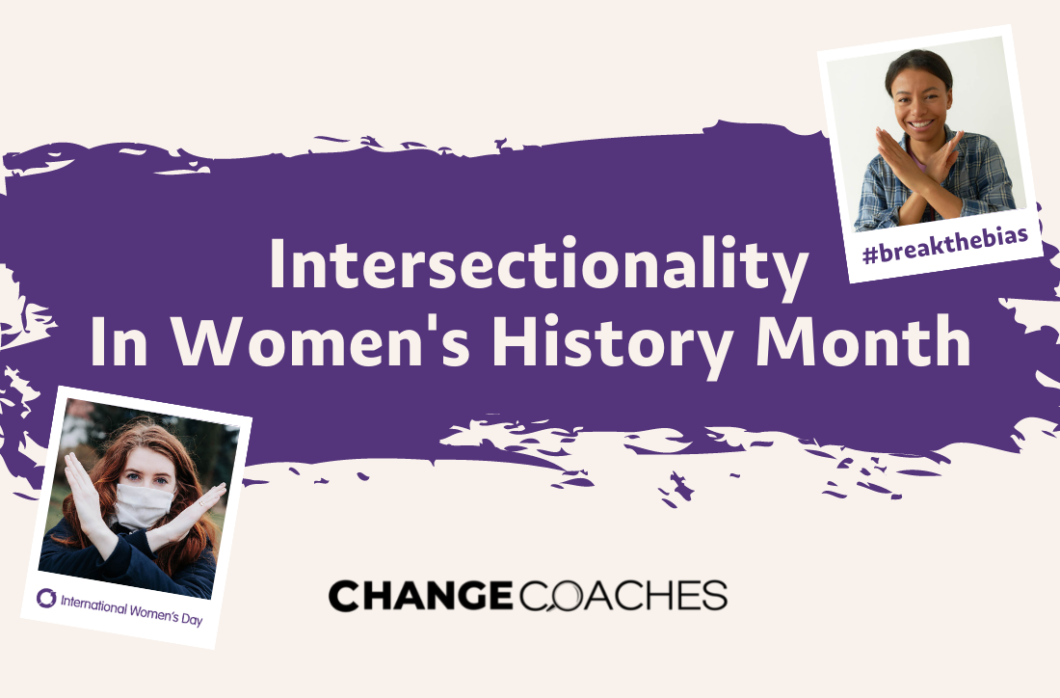 It’s Women’s History Month again, and just like Black History Month in February, I’ve received a lot of speaking inquiries for this occasion. Specifically, International Women’s Day on March 8—and the theme of this year’s worldwide day of recognition—Break the Bias. It’s inspiring that leaders are sponsoring these kinds of events for their employees and inviting me to be a part of them. However, I think the focus on this particular day and this particular theme might be distracting people from the point of Women’s History Month (and yes, you can book women speakers all month long!) We still need this month because there are fewer women and fewer kinds of women on corporate stages year-round.

I’ve taken some of these requests up, including one or two that asked me to speak on the theme of Breaking the Bias. My condition with these engagements is that I’ll talk about it—but from my own unique perspective. Of course, the bias in question is gender bias or the bias in the business world toward men. There’s an assumption here that we’re talking about breaking the bias for all women, but as a Black woman with multiple intersectional identities, I know that assumption is harmful. I also want to break the bias toward a particular type of woman who is often presented as “average” or idealized during this month: the straight, white women who are married and have one or two kids.

Women are making big strides in leadership, but with a disproportionate bias toward this dominant group. And I can’t talk about “breaking the (sexism) bias” without talking about the other biases that are piled on for other women such as queer women, women of color, and childless women. Being a woman can mean many different things, and we are all facing different challenges in the workplace. I think we can break all kinds of bias by digging a little deeper and taking an intersectional approach.

Back Up Representation with Real Belonging

To refresh your memory on intersectionality, this term describes the interconnected and overlapping effect of having multiple different social identities. For people with more than one marginalized identity, the oppression compounds. But you can promote empathy and equity by approaching your work with intersectionality in mind and recognizing these multiple identities and how they affect each other.

I saw a really good example of intersectional representation in the marketing for Wanderfest, a travel festival for women. I first heard about the festival on a travel podcast where Founder Beth Santos spoke about the importance of disrupting the travel industry and using its potential to empower women around the world. I had to learn more. When I checked out the Wanderfest website, I was surprised to see women of all colors, shapes and sizes. The lineup of special guests and entertainment features women of many cultural backgrounds. Representation like this makes a big difference for busting stereotypes and inspiring people who have always been labeled as “different.” I haven’t been to Wanderfest yet but I was particularly impressed with the way they represented themselves on their website. This isn’t something you see much—to see women of all shapes, sizes, orientations, and colors represented. It’s extremely rare. So rare that I felt compelled to share this example before I even attended a festival. So what do you need to consider exploring to create something similar in your organization?

The annual Women in the Workplace study from McKinsey and Lean In sheds light on the biases all women face in the workplace. The report has historically included data on diverse subgroups of women, but in the last couple of years, the Women of Color in the Workplace study has been formed to involve women of color in the processes of collecting and analyzing data. That’s hugely important for ensuring authenticity in the findings among these groups.

Data for the 2021 WOC report was collected at the onset of the pandemic and published in early 2021, and the larger report from McKinsey and Lean In came shortly after. WOC in the Workplace accurately predicted women of color leaving work in larger numbers than their white counterparts before the “shecession” reached full tilt and highlighted the importance of flexible scheduling. The report also paints a picture of the “concrete ceiling” women of color face because “one cannot envision how it must be broken.” Big survey data like this tell us what’s really going on in powerful companies and what kinds of policies, behaviors and information are likely to make a difference. It’s about both research and accountability.

The McKinsey report contained some important insights on where the equity gaps are for women of color and who has the power to make a difference. “While more White employees see themselves as allies to women of color,” it reads, “they are no more likely than last year to speak out against discrimination, mentor or sponsor women of color, or take other actions to advocate for them. It points to the critical need for businesses to equip employees at all levels to challenge bias and show up as allies.”  I often discuss this disconnect in my keynotes. There’s a big difference between the allyship actions that women of color say are most meaningful and the actions that white employees prioritize. White employees are called upon to take more proactive, sustained steps such as advocating for new opportunities for women of color and stepping up as mentors and sponsors.

I recently joined the advisory board for Women of Color in the Workplace, and one of my first interactions with them was a discussion about plans to continue to make the report increasingly intersectional. Data from this year’s Women in the Workplace reports will be coming out soon. The growth and diversification of these programs is a great example of intersectionality becoming front and center before our eyes.

Your organization can evolve to build intersectionality into structures and systems as well. Once the resources are out there, you can continue to audit them for intersectionality on an ongoing basis. In terms of “breaking the bias,” it all starts with looking inward as a leader and finding out what really matters to people who don’t fit your stereotype of what women in your “industry” are like. These are the same women that don’t fit your stereotype when you consider who women’s history month is for. You have to break your own bias before you can break it for others.

Are you feeling inspired to get below the surface and explore the implicit biases in yourself and your organization? Or want to book me for a speaking gig in April or May? (I’m kidding!) Book a consultation with me and let’s see what we can do!