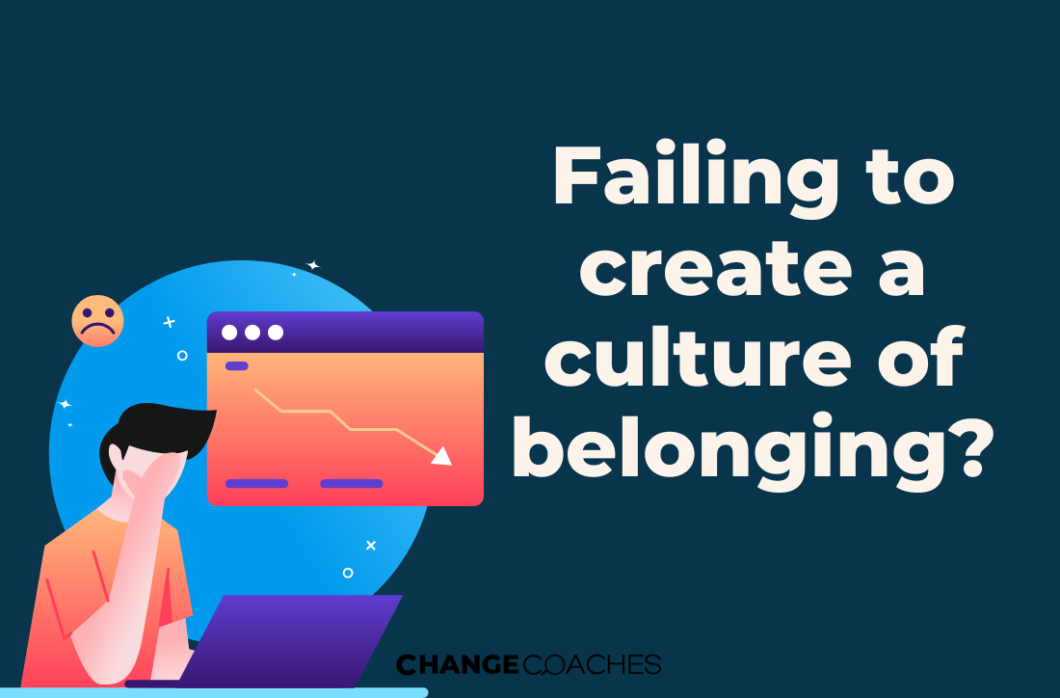 Lately, I have gotten several questions about why teams fail when trying to create cultures of belonging. During my time coaching teams, I have discovered some common roadblocks that get in the way of their success in pursuit of these very cultures. Notice that I said teams and not organizations. When I say teams, I mean teams who share accountability for culture (i.e. executive teams, DEI task forces/teams, culture teams). There is an abundance of high-level articles out there that discuss high-level organizational culture, so, in this one, I’m going to focus on teams as that’s where real change starts. Scaling belonging starts with teams.

I will share the top three roadblocks I have observed through team coaching in this article. As you are reading through this, you may recognize some of these behaviors on your own team so I will discuss how you can effectively respond.

It may seem like a DEI task force or a “leadership team” has an obvious purpose, but to effectively achieve that purpose, the team will need more than a list of tasks and responsibilities. In order for any group of people to become a team, their shared goals and their reasons for pursuing them must be visionary and inspirational. If the big why is never discussed in detail, it’s not a team, it’s a disparate group. This is particularly the case with executive teams, project teams, and DEI task forces.

If it sounds like your team doesn’t have a clear purpose, take a step back and ask yourself:

Why does this team exist? What impact can it have to create a culture of belonging?

Teams work best when each member has a clear role. However, power differentials exist on every team, and neutralizing them can be very difficult. Power differentials persist when equity and inclusion in team roles and decisions are not explicitly and democratically addressed among members. Sometimes people report to others on the team, other times, people who have less positional power are intentionally asked to be on the team. They end up not having the intended voice or no voice at all. If this sounds like your team, take a few minutes in each meeting to acknowledge the power dynamics at play. A helpful way to do this is to reiterate why each person is on the team and their role at the beginning of each meeting.

Lack of team culture happens especially when the team in question was quickly formed to address a critical business need—think DEI task forces, culture teams, and project teams. Culture is a team structure that keeps the team focused, aligned, and effective. In order to understand your team culture, it’s important to ask yourself that exact question:

What is our team culture? Are we task-oriented or more strategic? Does everyone’s voice count or are decisions made by the few? Are meetings flexible or controlled? What do we value as a team?

These are a few questions to get you started. However, keep in mind that psychological safety should be front and center even if the team is task-oriented. Everyone should be able to speak up without punishment no matter what. Isn’t that the reason they are on the team?

Many of the teams that I coach are not aware of these roadblocks at all. I also often find that the way individuals think they show up in a team is not the case in reality. For example, I was coaching a team where one person described themselves as “outspoken” and “assertive.” When they described themselves this way, it sounded like they were a volcano waiting to erupt. However, as I observed their interactions, I found that they weren’t volcanic at all. They had this art of listening and seeing others and I don’t even think they realized it. They made sure that all voices were heard. The reality is that it’s hard for teams to realize their gifts when they are constantly grinding without taking steps back.

Are you experiencing similar roadblocks in your organization? Do you feel like your team has plateaued in its pursuits? Let’s get in touch and talk about it.

LaTonya Wilkins, ACC, is an ICF-credentialed people, team, and culture coach. She is also a globally demanded keynote speaker and facilitator. LaTonya inspires her clients to think beyond training to create real change in organizations. You can learn more about LaTonya at changecoaches.io. To subscribe to LaTonya’s monthly newsletter, click here.